A Discovery of a Lifetime 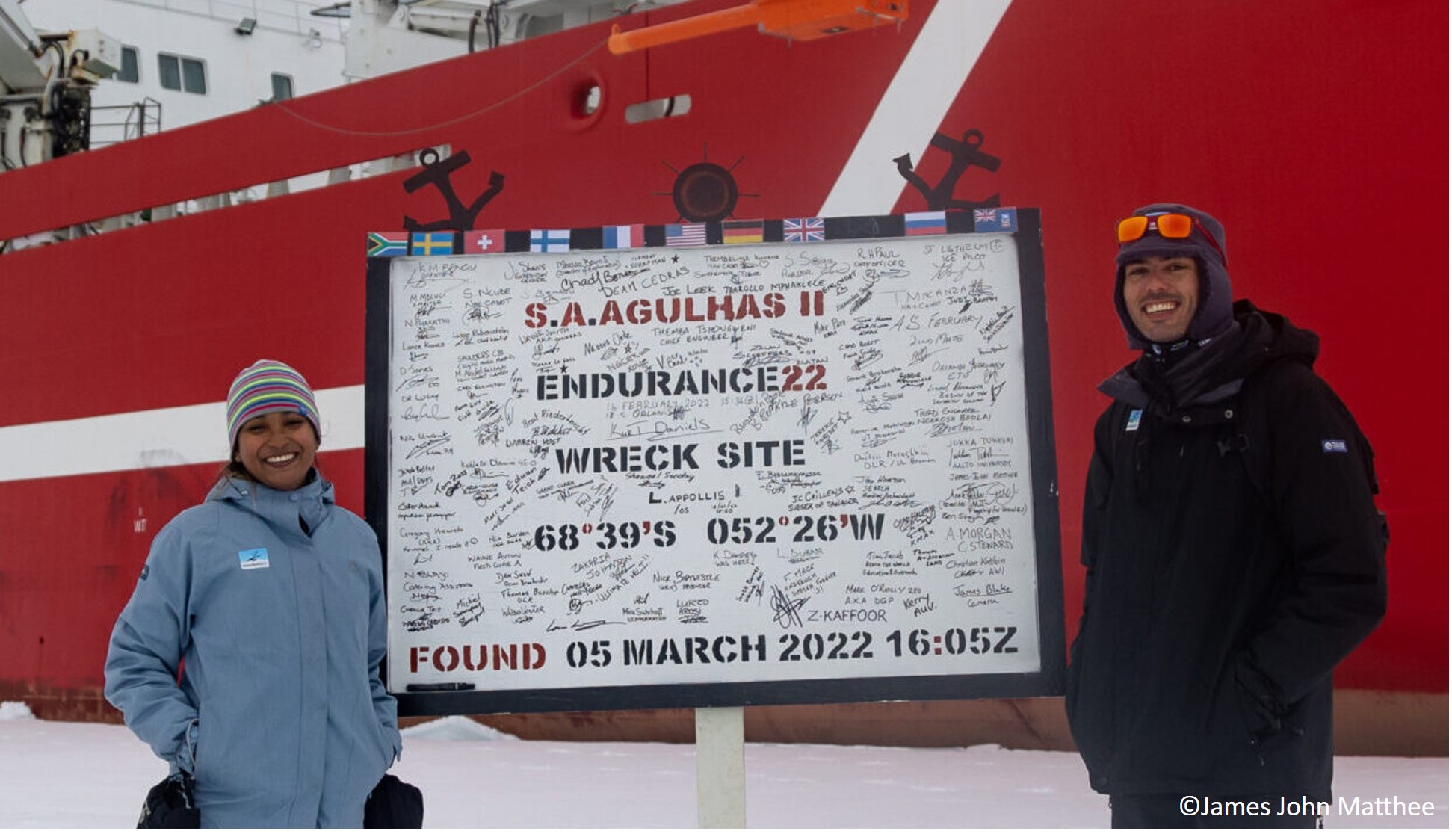 The Endurance22 expedition set out to find and survey the lost ship Endurance of famed Antarctic explorer, the late Sir Ernest Shackleton.


The Endurance22 expedition set out to find and survey the lost ship Endurance of famed Antarctic explorer, the late Sir Ernest Shackleton. Aiming to cross Antarctica, Shackleton and a crew of 27 men began the so-called Imperial Trans-Antarctic Expedition in December of 1914. In January of 1915, Endurance became trapped in sea ice, drifted with the ice pack for 11 months, and sank in the Weddell Sea on 21 November 1915. Establishing a series of ice camps, her crew walked across the sea ice pulling Endurance’s wooden lifeboats with them to reach open water, and ultimately sailed to Elephant Island. Thereafter, Shackleton and five of his men set out for the Norwegian whaling station located on the island of South Georgia aboard the James Caird – one of the lifeboats – to seek help. This voyage and the last of numerous subsequent rescue attempts were eventually successful, allowing for all 27 crew members to be rescued in August of 1916. Whilst ultimately unsuccessful, the Imperial Trans-Antarctic Expedition produced what is arguably the world’s greatest survival story.

More than a century later, aboard the SA Agulhas II, 109 ship crew and expedition members sailed from Cape Town on 5 February 2022 to the Weddell Sea in search of Endurance. A real adventure was in store, the outcome of which was unknown. Part of the expedition team were two of the SAWS’s very own scientists from the Marine Research Unit. Their job was provide any and all met-ocean information, analysis and support which might be needed by the navigation or sub-sea survey teams. Marine Scientist, Carla-Louise Ramjukadh picks up the story:

“Onboard, our first challenge was to assist in weaving through the iconic “Roaring Forties” and “Furious Fifties” and “Screaming Sixties”, skirting the numerous mid-latitude cyclones of the Southern Ocean. These storms brought with them strong, gusting winds and high seas. Through meticulous planning, assessing numerous numerical models and available drifting instruments, our journey down south to the Weddell Sea was, together with the ship’s officers, optimized for speed, efficiency and safety. We are grateful for the sterling behind-the-scenes support from our colleagues at the Cape Town Weather Office who ensured that our data and information flows were always ready.

Throughout the voyage, regular weather and ocean observations were carried out. At various latitudes, a range of meteorological and oceanographic instruments was deployed. These included Argo floats, Surface-Velocity Program (SVP) drifting weather buoys, Sofar Ocean Wave Spotter buoys and atmospheric radiosondes attached to weather balloons. Drifting with the ocean currents or rising through the troposphere, these oceanographic and atmospheric instruments collect data in a very data-scarce region. These data are transmitted via satellites in near-real time and ingested into global numerical weather-ocean prediction models to help improve their predictions. Data are also archived and made available for climate research. An outreach programme in partnership with Reach the world and the Adopt-a-Float programme was established for the Expedition. Various schools around the world “adopted” Argo floats, with live video streaming enabling them to be a part of the deployment process and, at the same time, get them excited about oceanographic science. Schools could name and track their Argo floats as they drift in the Southern Ocean. As part of this programme, we were able to do a Q&A session with kids around the world and interact with them about our role as expedition members.

As the waters became calmer, shielded from the worst of the storms by the Antarctic Peninsula, our first sight of sea ice came one evening when bergy bits and brash ice appeared in odd but fascinating forms. Reaching the ice edge brought new and different challenges, and also meant that the search for the Endurance would soon begin. Large ice floes up to 4 meters thick were encountered within our search box. However, through careful deliberation and intricate sea ice drift forecasting together with a group of sea ice scientists and specialists from Drift+Noise Polar Services, the vessel was able to navigate effectively through the ice. Forecast information on tidal shifts, ocean currents and wind and high-resolution satellite imagery were used to help plan the deployment of the autonomous underwater vehicles (AUVs) to scan the search area. During AUV operations, sea ice research was conducted on the ice on various ice floes.

This historic site in the Weddell Sea is the resting place of arguably the most challenging shipwreck ever found – untouched and unseen for over a century, until March 2022. After countless dives and scans deep below the Weddell Sea, a momentous sighting of Endurance, the legendary ship of Sir Ernest Shackleton, was captured. The idea of its discovery was almost unfathomable until footage of a well preserved wooden ship, with 'ENDURANCE' proudly displayed in gold lettering at its stern, could be seen on the screen.

I came onto the expedition not fully knowing what to expect and left with an experience of a lifetime. I will forever be grateful for being given the opportunity to have participated in such an expedition. I am thankful not only to the great leadership and the knowledge and skills gained from our fellow expedition team members but to the new friendships and bonds formed on this journey. Thank you to awesome colleagues back home for the support when we need it but to my onboard partner in crime Marc de Vos, thank you for yet another adventure of a lifetime.